LPG bottle filling manufacturers tell you that liquefied gas is flammable and explosive, and its explosion limit is 1.5% to 9.5%. When the concentration of liquefied gas is within this range, even if there is no open flame, it will explode when it encounters a certain amount of energy. 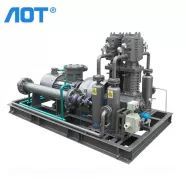