The reasons for the motor damage of the Dimethyl ether compressor are multi-faceted and comprehensive, not only common to other motor power equipment, but also related to the failure factors of the DME compressor itself in the specific operation. The analysis mainly includes the following points: 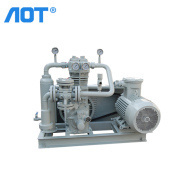